Is N.L. immigration plan too ambitious? 3 migrants share their thoughts

The Newfoundland and Labrador government’s new immigration strategy aims to boost the number of people coming to the province from other countries by 50 per cent in the next five years — but what do immigrants already living here think of that plan?
CBC’s St. John’s Morning Show put together a panel of three immigrants who all said that employment is the key to keeping new citizens.

Sean Charters moved to St. John’s 18 years ago from Johannesburg, South Africa to escape the crime and violence there.
“When I came there was the absolute sense of relief that you could relax in your own home,” he said. 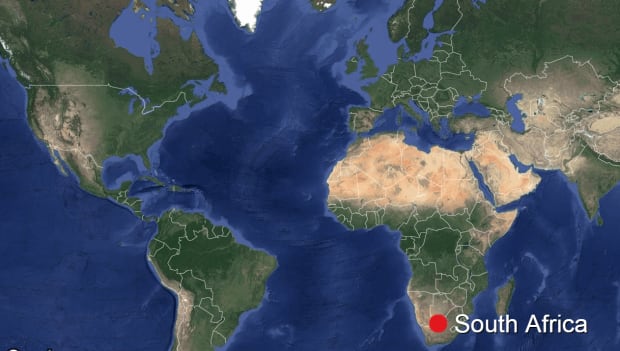 South Africa is the most southernmost country in Africa with a population of nearly 55,000,000 people. (Google Maps)
He likes the idea that Newfoundland and Labrador are open to accepting new immigrants, but wonders if setting a target of 50 per cent over five years is a sound plan.
Charters, who works in marketing and communications, would instead like to see a correlation between the number of jobs available in any given year, and a number of people allowed in.
“It’s all very well saying you’re going to have people coming and be a positive influence on society, but unless you have something for them to do it’s difficult for them to stay,” he said.

Memorial University business student Olubunmi Adetutu Ogunsakin, better known as Bunmibee, has been studying in St. John’s for nearly two years, and feels much safer here than she did back home in Nigeria. 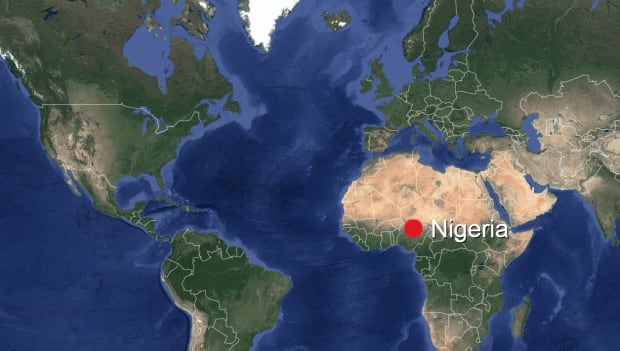 Nigeria is a country in West Africa with a population of roughly 188,465,000 people. (Google Maps)
Bunmibee would like to stay in the province to work when she finishes her degree, but said it all depends on job opportunities at the time.
“What I like most about St. John’s is that the people are very nice,” she said. “The environment here is kind of relaxed. I’m not really a big city person all of the time.”

More than seven years after being transferred to St. John’s by his employer, Transocean, Romel Maligaya has lived previously in Trinidad and the Middle East, as well as his home in the Philippines.
Maligaya said his family still very much enjoys it here — and surprisingly even likes the weather. 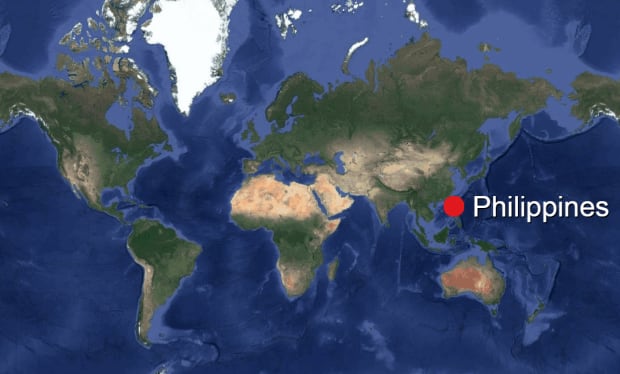 The Philippines is a country in Southeast Asia with a population of about 101,000,000 people. (Google Maps)
“It’s the peace and quiet. It’s a really good place for families and small kids,” he said. “The weather in the Philippines is dangerous. The snow doesn’t damage homes here.”
He shares the sentiment that the government’s plan to bring in 50 per cent more immigrants in the next five years may be a little ambitious, and thinks 10 years would be more reasonable.
“They need to create jobs first and then bring people,” said Maligaya, a chartered professional accountant. “There is a danger of people being unemployed or underemployed.”
Source: http://www.cbc.ca/news/canada/newfoundland-labrador/immigration-panel-newfoundland-1.4043649

Source: By The Washington Post  on March 28, 2017, at 10:50 AM, updated March 28, 2017, at 10:54 AM
Khaled Almilaji has been stranded in Turkey since January. His wife, pregnant with their first child, is waiting at their home in Rhode Island. His classes at Brown University’s School of Public Health are well into the second semester. Ever since his student visa was revoked, he has been trying to keep up, somehow, from across the ocean.
After a federal judge had frozen President Donald Trump’s executive order on immigration this month, Almilaji had more hope of getting back to his wife. But he understands his new reality as a Syrian trying to study in the United States: “I have to accept being lost between orders and anti-orders.”
Suddenly, Canada is looking like a really good option.
“Canada is having a moment,” Ted Sargent, vice president-international at the University of Toronto, said last month. “It is a time of opportunity.”
Applications from international students have increased at universities across the country, said Paul Davidson, president of Universities Canada.
The number of international students coming to Canada doubled in the past decade. But in the last year, some events globally have added to its appeal for some students. The Brexit vote for the United Kingdom to leave the European Union, and the U.S. election, seem to have been factors, Davidson said.
Traffic to the Universities Canada website, an entry point for many people looking for more information about schools in the country, has doubled since November. Many of the most elite Canadian universities had large increases in applications from the United States: Up 25 percent at McGill, 35 percent at McMaster.
At the University of Toronto, U.S. applications increased almost 80 percent this year.
Rebekah Robinson, a high school senior from Severn, Md., was drawn to Toronto for its academic reputation and climate, as well as the diversity in the city. As an African American at a predominantly white school who hopes to one day be a translator working in diplomacy, she found the ethnic mix particularly appealing.
And she’s not a Donald Trump supporter, so his presidential win made Canada look even better. “After the election, when more and more things were happening – it just seemed like a really great idea,” she said.
Andrew Hong, a 17-year-old from New Jersey, is going to the Toronto next fall as well, eager to study artificial intelligence at a top-ranked university. The tuition isn’t high compared to many U.S. schools, and the exchange rate makes it particularly affordable, he said. He wasn’t thinking much about Trump when he was considering which colleges to apply to, either, but given election results he doesn’t agree with, he said, “Maybe going to another country would be nice for a change.”
Read more at http://www.nola.com/education/index.ssf/2017/03/immigrant_student_canada.html

What is the process?

The Pilot is a two step process.  The first step is to become designated.  You will only need to be designated once, but you will be contacted annually by our office to update your file.  The second step is to identify international candidates that you would like to support through this program and submitting an endorsement application to our office.

Why should I apply now?

The Province is able to designate employers now in anticipation of the Pilot opening.  You only need to be designated once to be eligible to participate in the Pilot, so if you get designated now you will be eligible to start submitting endorsement applications now.

How do I apply?

If you meet the criteria listed above you must first read the application guide then complete the employer designation form.
The complete form can be submitted to the Office of Immigration in three ways:
Office of Immigration94 Euston Street, 2nd FloorPO Box 1176Charlottetown, PECanada  C1A 7M8

There are no fees payable to the Province for the designation or endorsement process.  All regular federal immigration fees(link is external) apply.

What forms do I need to fill out?

To become designated as an employer who is eligible to use the Pilot you must complete an employer designation form.  To apply to have a candidate endorsed you must already be a designated employer and then submit an endorsement form.

Forward questions related to the Pilot to immigrationpilot@gov.pe.ca(link sends e-mail) or call (902) 620-3628.

The Atlantic Immigration Pilot is a three-year employer-driven immigration program to attract and retain global talent while supporting population growth and addressing labour shortages. The pilot will allow 2000 additional immigrants and their families to come to the four Atlantic Provinces, a key component of both the Atlantic Growth Strategy and the New Brunswick Economic Growth Plan.
Provincial government staff will assist local employers identify, hire and support foreign workers. In turn, successful candidates will be selected for permanent residency by the Federal government.
Employers interested in participating in the Pilot, must meet the following designation criteria:
For more information, please contact the employment development office near you and/or review the information under our Quick Links above.

Immigration, multiculturalism, and diversity have significant social, economic, and cultural benefits for Newfoundland and Labrador. Immigrants coming to our province not only enrich the social fabric of Newfoundland and Labrador, they also bring economic advantages, generate innovation, attract industries and workers, and spur economic growth.
The Atlantic Immigration Pilot Program (AIPP) will help address labour market challenges in the Atlantic Provinces by assisting employers in attracting and retaining skilled immigrants. Newfoundland and Labrador is working closely with the other Atlantic Provinces and the Federal Government to ensure the successful development and delivery of the AIPP.
To participate, employers must meet certain requirements, including a commitment to support the newcomer and their family as they integrate into their new life in Atlantic Canada.  Starting in early March 2017, Immigration, Refugees and Citizenship Canada will begin accepting permanent resident applications targeting international students, intermediate-skilled workers and high-skilled workers.
Potential employers who may be interested in taking part in the AIPP could include those involved in food services industries, the health care sector and other employers prepared to offer full-time employment opportunities for hard to fill positions.  Interested employers are encouraged to review the Atlantic Immigration Pilot Employer Designation Guidelines and contact the Department of Advanced Education, Skills and Labour’s Office of Immigration and Multiculturalism to learn more about the Pilot.
The Way Forward: A vision for sustainability and growth in Newfoundland and Labrador committed to increasing the number of immigrants to the province by 1,700 annually by 2022. Prior to the end of this fiscal year, Government will outline specific actions for achieving this target.
Employer Designation Form
Employer Designation Guide
Backgrounder: Atlantic Immigration Pilot-Programs and Employer Designation
For more information please contact:
Atlantic Immigration Pilot
Advanced Education, Skills and Labour
Office of Immigration and Multiculturalism
Confederation Building, West Block
P.O. Box 8700, St. John’s, NL A1B 4J6
Telephone: 1-709-729-6607
Email: immigration@gov.nl.ca

The Atlantic Immigration Pilot is a creative approach to addressing our labour market challenges.
Starting in March 2017, employers in Nova Scotia will be able to use the Pilot to hire foreign workers.
To learn more about the Pilot, please contact our Employer Support Team. We’re here to help.

Employers looking to fill persistent labour gaps through the Pilot must first be approved for eligibility by being designated and then endorsed by the Province.
Once the employer is endorsed, the foreign worker can apply for permanent residency directly to Immigration, Refugees and Citizenship Canada. Please see:  www.canada.ca/atlantic-immigration
The foreign worker can also access temporary pathways (i.e., obtain a work permit) while waiting for permanent residency.